"Sean has transformed the musical learning experience for the children in our school. His development of their drumming skills has enabled all pupils to be succesful and this has developed their confidence in other areas of the curriculum.
Sean’s step by step style of teaching enables all pupils to learn drumming skills at their own pace. He manages to combine pupils with wide varieties of skills and abilities into a coordinated group of pupils who have gone on to play their drums in the Rose Theatre in Kingston-Upon Thames"

"Please pass on a huge thanks to the drummers, everyone received rave reviews from children, staff and managers alike."

"Thank you so much for the past six weeks. The children have absolutely loved it and learned so much about focus, listening, working together, following instructions, taking turn, performance, rhythm, geography, memory skills, enjoyment, leading a group, co-ordination, concentration, discipline, confidence, appreciation and drumming!

I’ve watched Sean work in two junior schools as part of my work as a music coordinator during the last two years. I was expecting the children to enjoy having weekly class music lessons transformed into drumming workshops; show me a child who doesn’t enjoy hitting a drum!  What I hadn’t anticipated was the lasting impact that these sessions have had in the children’s subsequent work. Long after Sean had completed his contract, the value of his work has remained.  The childrens deeper understanding of structure. texture, timbre, dynamic range, awareness of pulse and rhythm has had lasting impact on the quality of music making in both schools.

After a great time developing complex rhythmic layering through body percussion, we were introduced to the wonder of sound shapes or maybe a demonstration from one of a range of traditional drums. The Senegalese Talking Drum, made to communicate exquisitely, was a particular favourite with us all!

Above all we had lots of fun! Sean inspired some amazing performances often all the more remarkable because he enabled the children to lead the performances independently, taking it in turn to direct different prepared or improvised sections.

The whole school community just wanted to have a go ....

One parent summed it up after watching an impromptu workshop led by Sean by saying, “I feel so inspired and just didn’t realise I had been missing out on so much. Hands on drumming workshops should be an essential part of all our lives!”

Thank you Sean, for leaving such a lasting legacy in our schools.

What a fantastic performance!
Thirty six Year 2 pupils playing Samba Rhythms, conducting their own percussion orchestra and singing their hearts out!
As Riley (one of the performers) said, "It was AWESOME!" 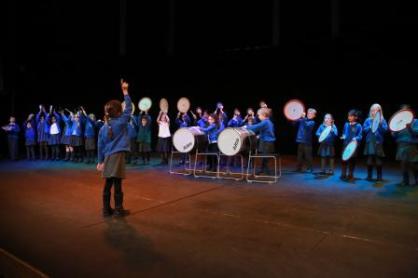 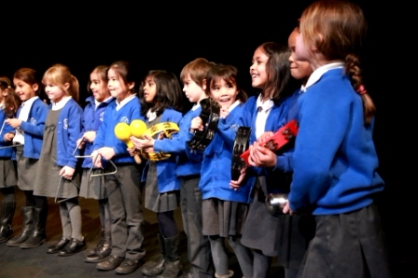 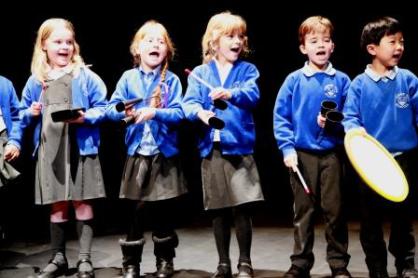 "It's time to sing together, get your dancing shoes on..." 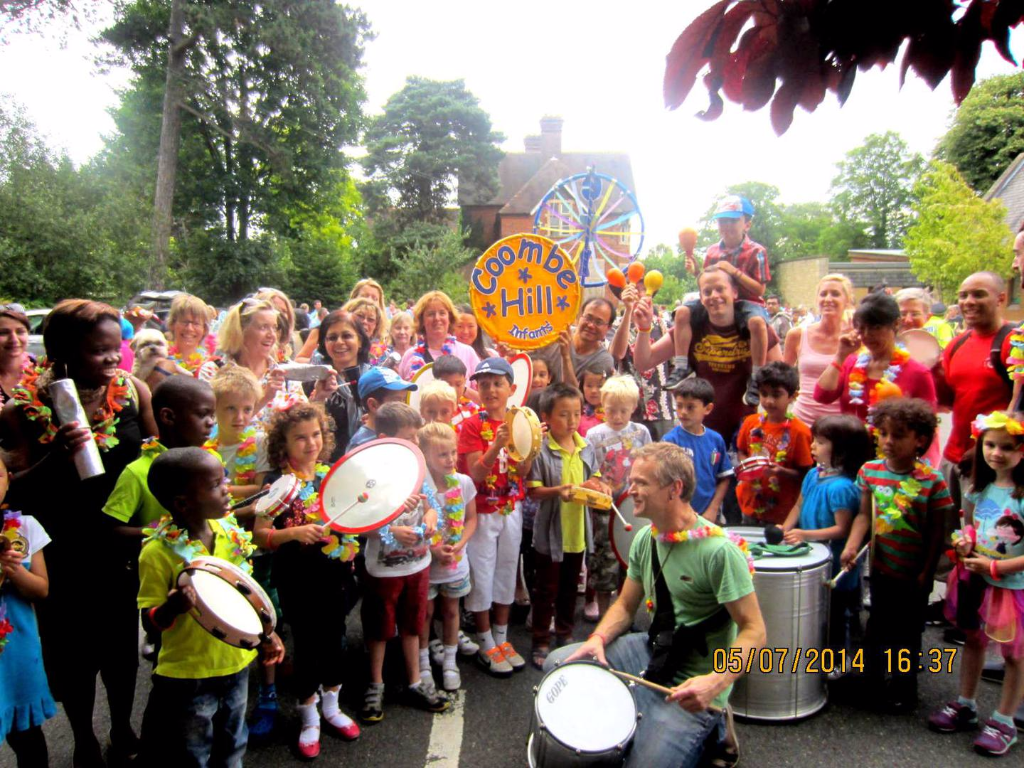 This was the third year running we were invited to put on a show as part of the Kingston Youth Music Festival. 55

Children from years 5 & 6 at Robin Hood School put on a fantastic live contemporary drumming and singing performance.  We developed the show in 5 weekly sessions, and the children gained the tools to compose, direct and manage the performance by themselves.

The audience (around 800 people) participates with the performers, using techniques such as call and response. Judging by the cheers and clapping, everyone enjoys the shows immensely!

This year's performances saw years 3 & 4 devising their own show, including cheer leading, and lots of great ideas. Year 5 performed a Samba Reggae piece, while year 6 thumped out some Ragga rhythms!
We had the whole school, teachers and parents as our awestruck audience.
It was an inspiring occasion!

We are located at:

In the process of moving!

If you wish to make a booking, or have any queries, please contact us:

Get social with us.